„Ideas create a good name of our agency, and good ideas come from great people.“ 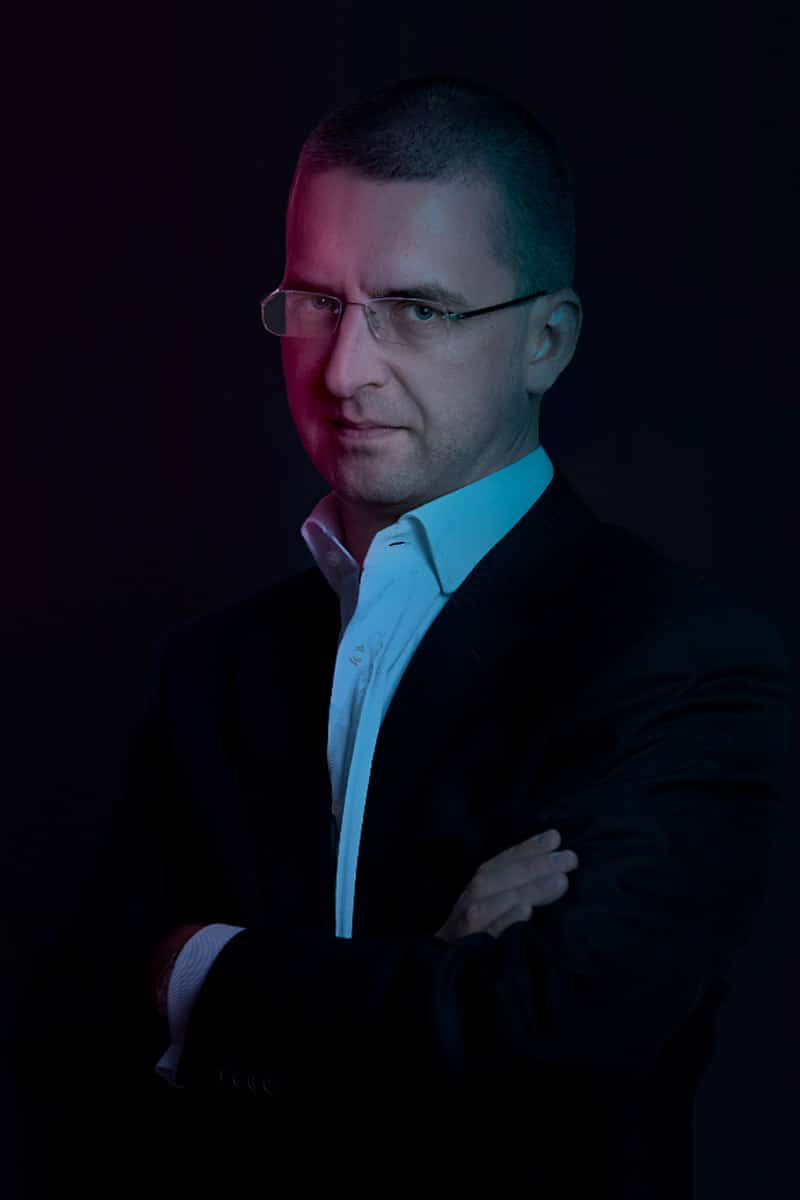 A student leader from the time of the Velvet Revolution, a graduate artist – theater director. After a successful, but short, artistic career, he decided to embark on the new challenges brought by the post-revolutionary era.

In the autumn of 1992, he became part of the team that launched the BBDO branch in Slovakia. In January, he accepted an offer for the position of Creative Director of the MARK / BBDO headquarters in Prague. At the end of 1993, he decided to do business in this sector. He was a co-founder of J&L Advertising (now Jandl), which for a time became a representative of the Ogilvy & Mather network. In 1996 he decided to establish his own company Juraj Vaculik – Creative Studio.

The immediate success of the newly established entity, originally intended as a creative hot-shop, following the example of small London boutique agencies, led to rapid growth and the agency became one of the most successful and valued agencies in Slovakia, with numerous clients and successes abroad. This led to a change of name to VACULIK ADVERTISING and later to MADE BY VACULIK.

In 2014, he handed over the management of the agency to Zuzana Ďurčeková, and under her leadership, the agency continues to grow successfully. In 2010, he became the co-founder and CEO of the ambitious deep-tech company in the field of future mobility AeroMobil, which successfully develops a revolutionary flying car. In addition, he is an investor for several companies in the field of media and technology, as well as a co-owner of LokalTV. He is a co-founder of ADC (Art Directors Club) Slovakia as well as ADC Czech Republic. From 2008 to 2014 he was the President of the Club of Advertising Agencies of Slovakia.

Graduated musician – oboist and musicologist. She ended her artistic and publishing activities in 1996, when she decided to enter the field of advertising and marketing. She started her career as a strategic planner at Soria & Gray. In 2000, she joined forces with Juraj Vaculík and in then small creative boutique JVCS (Juraj Vaculik – Creative Studio) began to build the foundations of the strategic department. Over the next few years, she became part of a key team involved in the development of the agency.

Since 2014, he has been working as CEO of MADE BY VACULIK. In 2019, the presidium of KRAS (Club of Advertising Agencies of Slovakia) elected her as a president. She also works as an external teacher at the Department of Theater Management at VŠMU (Academy of Performing Arts) in Bratislava. 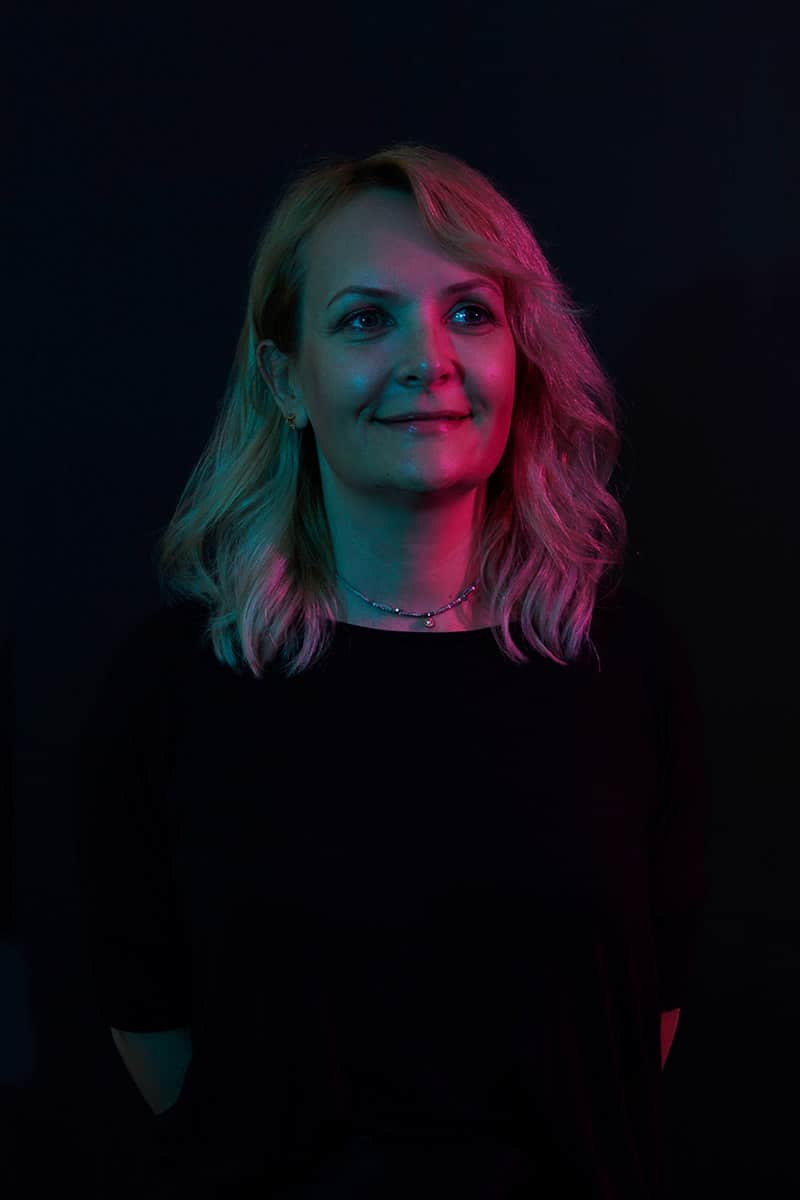 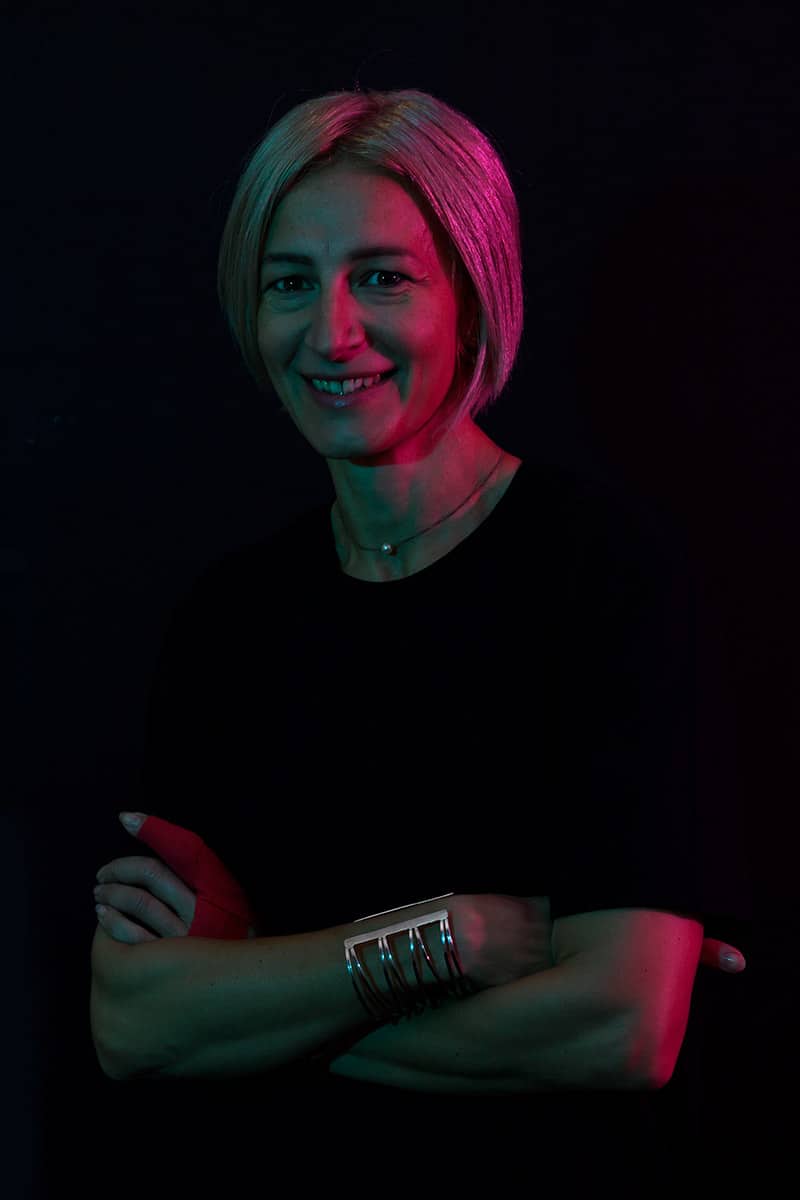 Numbers in any value, currency and unit of measure accompany her constantly. She lives by the Little Carpathians, where she discovers forest roads and paths and so practices her ability to use simple mathematics – counting and subtracting numbers, especially in units of km / h, min / km. At a time when she has room for a work, she focuses mainly on numbers in Euro units. At the turn of the decade of this millennium, she made important career decisions, and they were located to the Horský Park in Bratislava.

For the second time in her professional career since 2010, she has held the position of CFO at the advertising agency MADE BY VACULIK. During these decades, she practiced her Excel talent with the vision for the future – in the pension management company CREDIT SUISSE Life & Pensions, which underwent a rebranding to Winterthur Life and Pensions. In the position of Head Accounting, she also managed a team of accountants for the subsidiaries of this global company, including a life insurance company or a supplementary pension insurance company. The biggest contribution to her personal growth was the finding that numbers that have seven or more zeros are also addable. At a time when this company was undergoing another change to AXA, she was already focusing on a personal family and relationship agenda.

Peter was born in 2002 as a junior copywriter at MUW Saatchi & Saatchi, where he also lived his juvenile years. Times of almost incorrect, double-meaning, often sexist-tuned humor contributed to his youthful nature. This is where his nickname Empeg was born, and his first, now forgotten advertising slogans.

This was also the time, when he began to be drawn towards famous advertising awards. The position of a Creative Director did not stop him from continuing his journey, and after an adventure at Roko that lasted a year, he joined Wiktor Leo Burnett in 2009 as Creative Director. He was reaching creative adolescence, aiming for an even shinier and more prestigious awards. His work and name started to reach beyond the borders of the country.

All his acquired skills and experience are now used by the agency MADE BY VACULIK, with which he continues since 2012 the longest and most serious relationship so far. Adolescent in terms of creativity and management, and as a Creative Director, he devotes himself with immense love, patience and insights to all the agency clients, from Tatra banka through Heineken to Dobrý Anjel (Good Angel).

During his work so far, he has won many awards at home and abroad (Zlatný Klinec (Golden Nail), Effie, Zlatá Pecka (Golden Peck), Golden Hammer, Golden Drum, New York Festivals, Epica, Eurobest), he has judged at various competitions and festivals (Zlatný Klinec, Louskáček (Nutcracker), Golden Drum, Golden Hammer, ADC Europe Awards), is a member of the Art Directors Club Slovakia and is the holder of the Filip award. 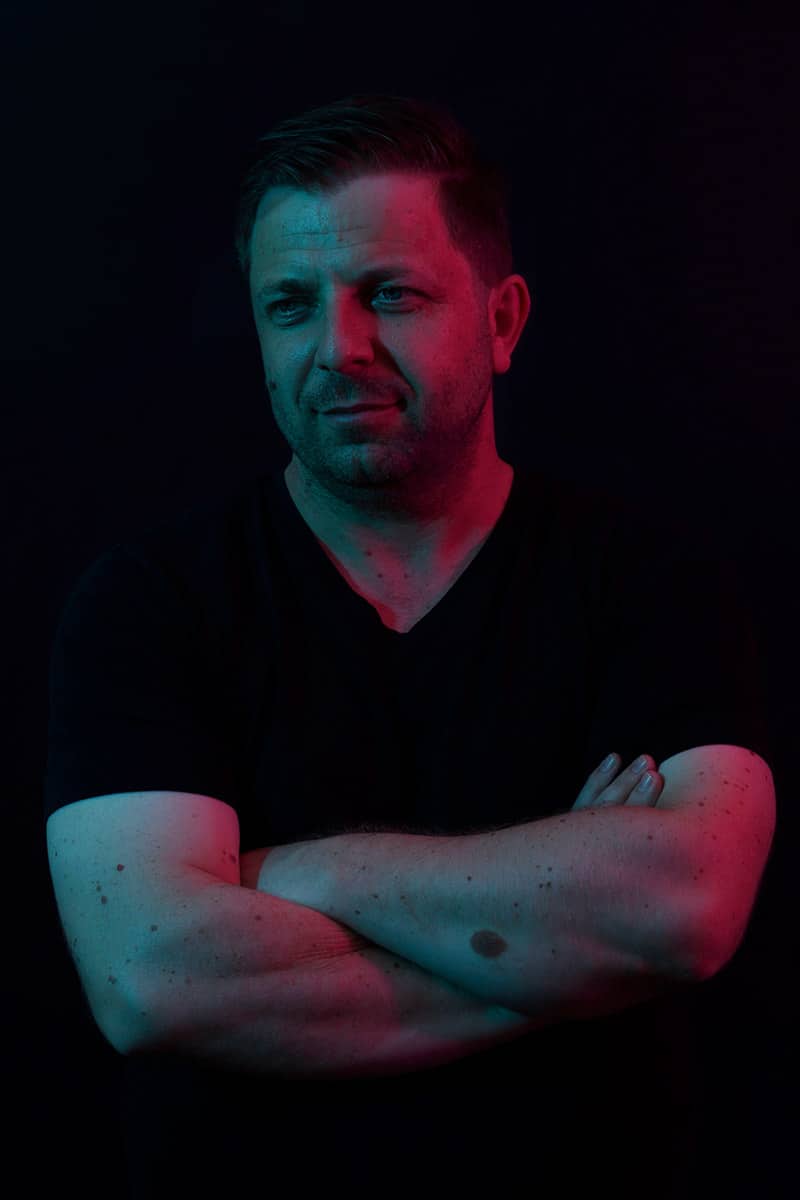 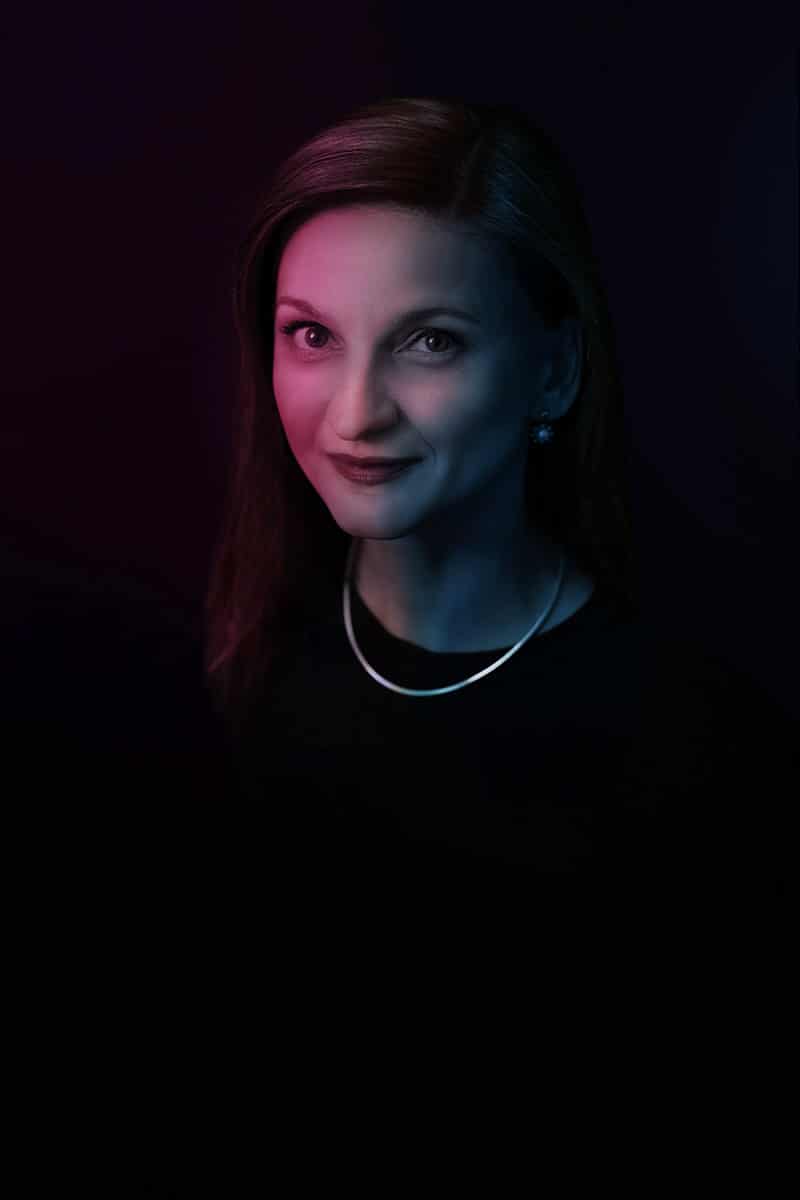 After a successful 20-year career as an acrobatic rock and roll dancer, she found the right adrenaline in marketing, and decided to rock Czech advertising. Nevertheless, she has always been intrigued by this world. She graduated from the Faculty of Business and Economics of the Czech University of Life Sciences in Prague with a focus on marketing and the media.

After completing her studies, she gained experience in advertising agencies until she finally settled in MADE BY VACULIK. After three years in the position of Account Director, she used her skills and became the Executive Director of MADE BY VACULIK Prague. Christina likes creative ideas, bold campaigns and feels like a fish in water when communicating with clients.

By combining two seemingly incoherent disciplines – banking at the Business Academy and sociology at Comenius University, Adam was fascinated by the impact of social effects on the business world. While studying sociology, he started working in a research agency, where he focused mainly on quantitative research (retention surveys, brand positioning, brand building, product development, etc.) and in-depth lifestyle studies that map the moods in society and their impact on consumer behavior. After 4 intensive years in the research, he decided to take the offer from MADE BY VACULIK and use his acquired knowledge in the world of advertising.

Since 2014, Adam has been part of the strategic department of MADE BY VACULIK, where he helps clients with setting up a suitable communication strategy to support the development of their business as effectively as possible. He balances the artistic soul of creatives to bring together creative intelligent solutions for clients. He is all the more pleased when the strategic work is subsequently awarded not only on creative but also in efficiency competitions, such as Effie, whose awards the agency regularly receives. Since 2017, he has been a member of the open platform of marketing professionals People from Marketing. 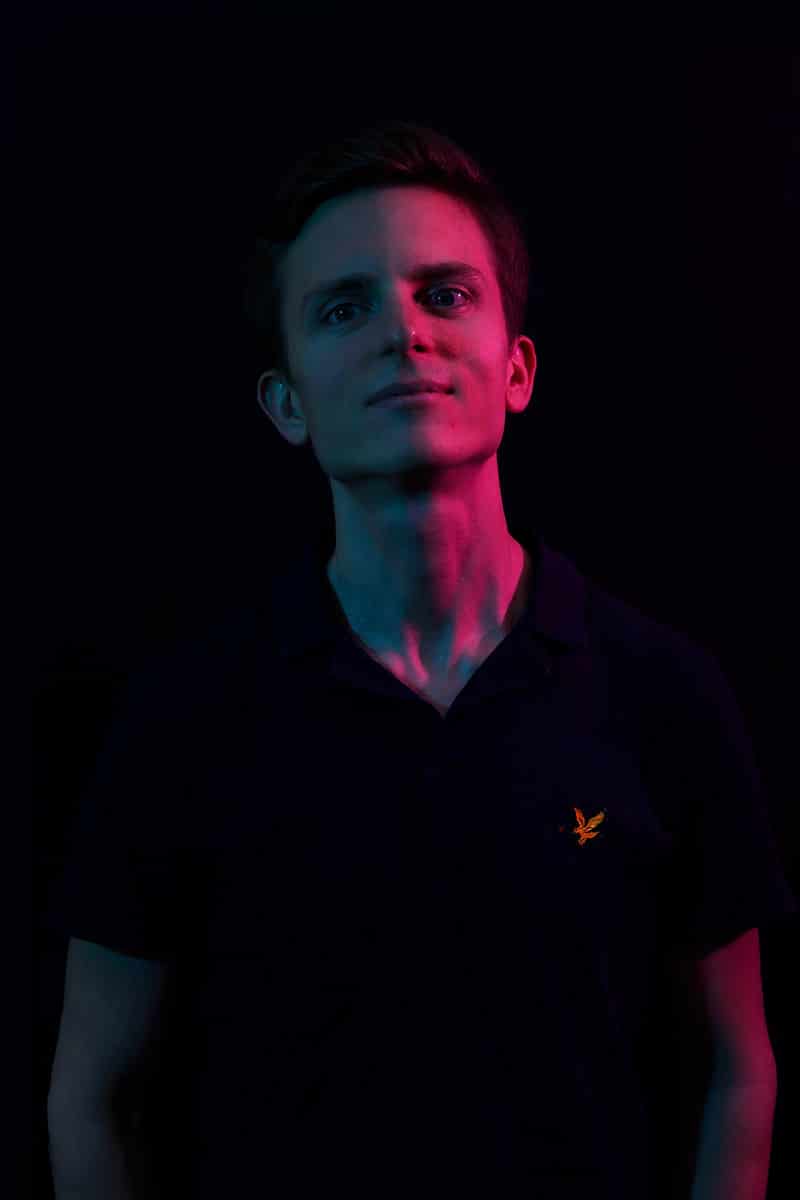 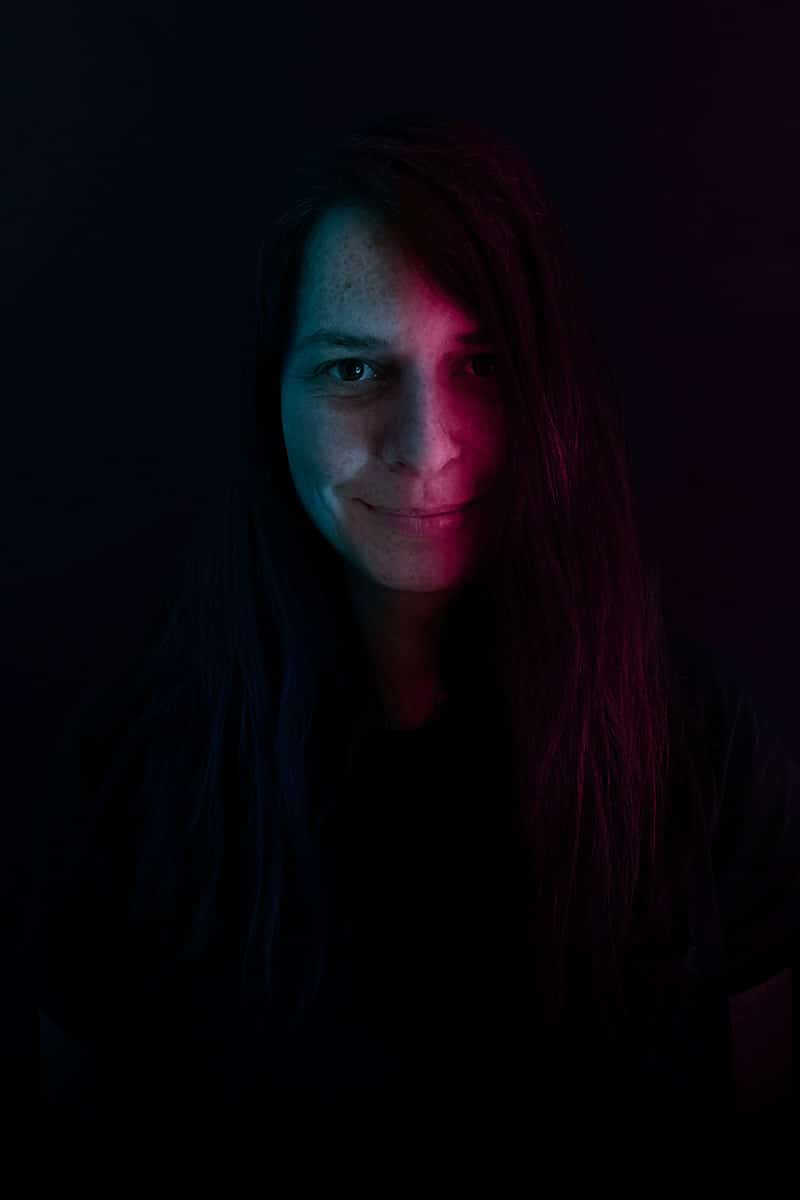 After graduating from university, the Slovak junior volleyball representative threw herself straight into the world of advertising. During 2007, at the Roland Torsten Advertising agency, she searched for her dream agency VACULIK ADVERTISING and sent her CV. The mission was successful, and Ada worked for 8 years in the agency as a Manager of the creative department.

In order to explore a world outside of advertising, she made a short detour in 2017 and 2018. She worked in the .týždeň magazine as the director of the WPRESS publishing house. This opportunity was a great benefit for her, not only in the experience with the leading position, but also in meeting interesting people from the social sphere. However, one can’t say no to the heart, and this was the reason for her return to MADE BY VACULIK in 2020. This time to the position of Account Director.

He wanted to do advertising from an early age. He literally devoured all the commercials of the 90s and knew them all by heart, even those from Vaculik. He studied economics, but already during his studies knew that something else was waiting for him. He got his first job in advertising in 2007 at the MUW Saatchi & Saatchi agency of Rasťo Michalik, who left the VACULIK ADVERTISING agency. During his 8 years at this agency, he received more than 30 Golden Nail (Zlatý Klinec) awards and a number of foreign awards and became a creative director.

After a short break, in 2016 he started working at MADE BY VACULIK as a Senior Copywriter for clients Raiffeisen, Tatra banka, Union, Dobrý anjel and Zlatý Bažant. He is the author of Ralph or Hit from the year ’73 (for Zlatý Bažant 73). He prefers to relax in the cinema or with a good book. He is a member of the ADC. He currently works at MADE as an Associate Creative director. 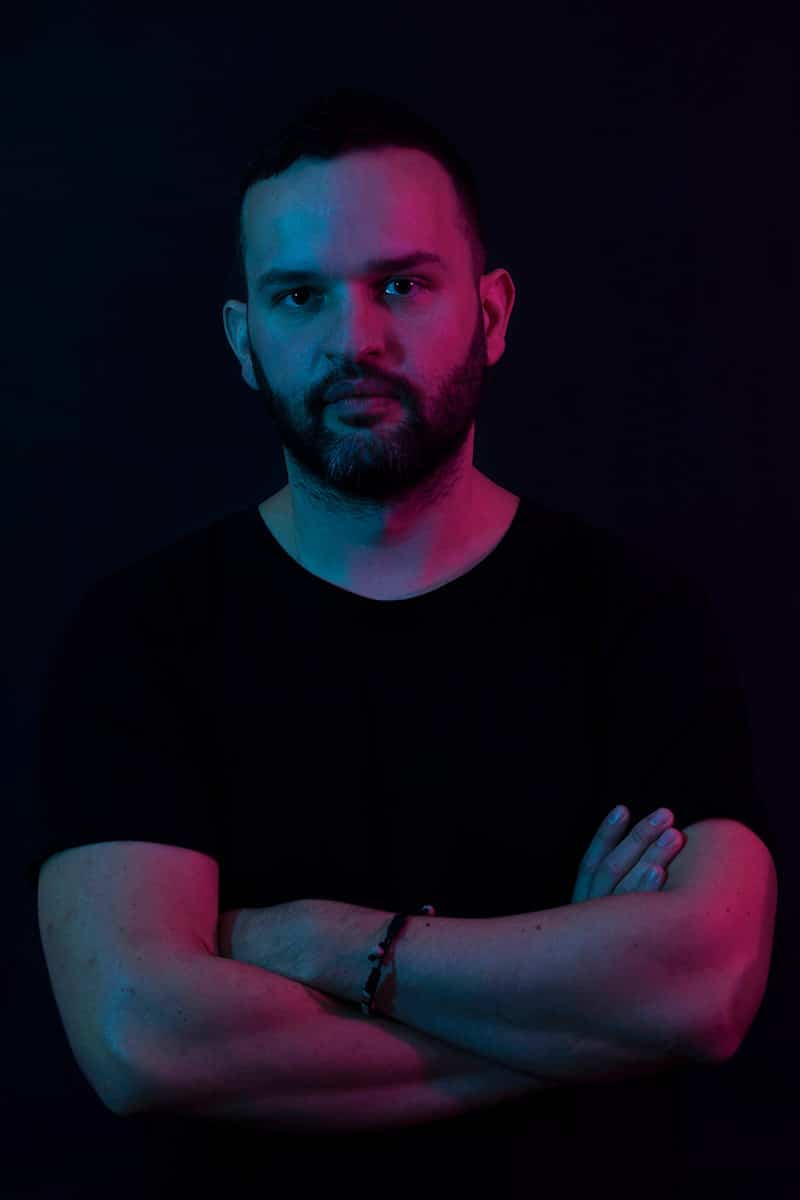 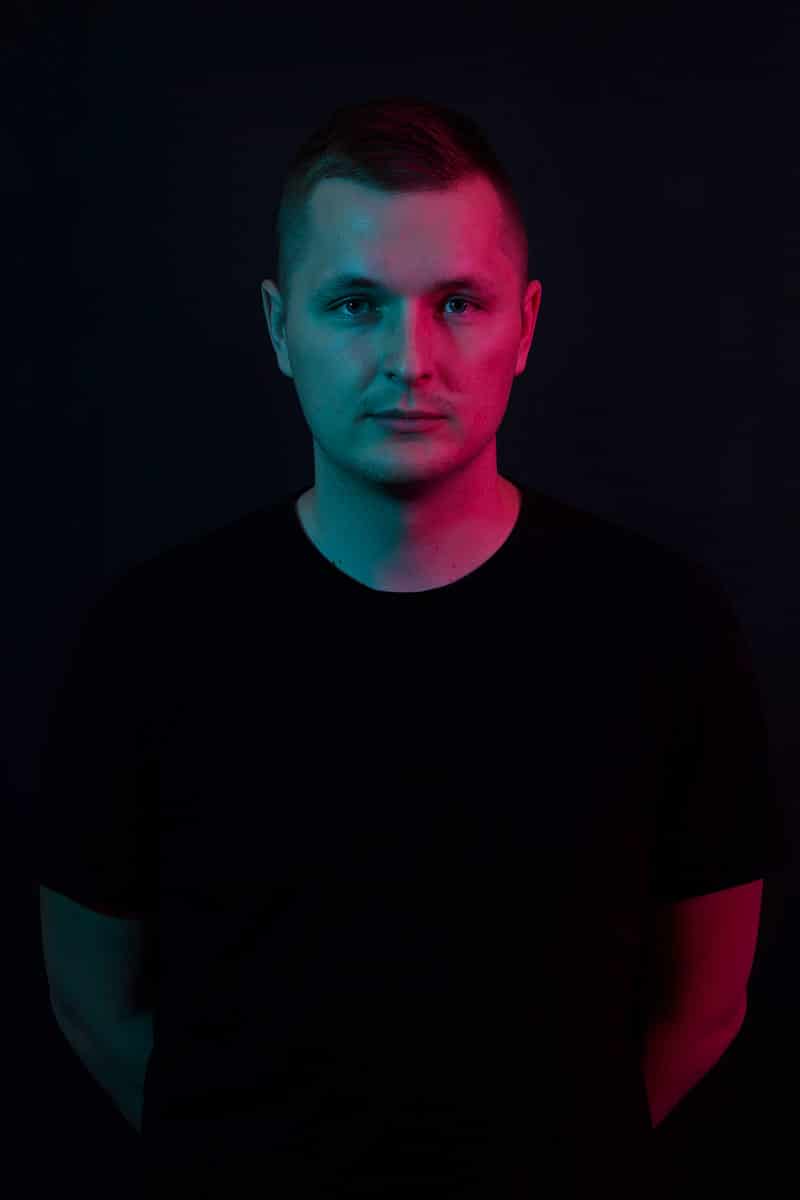 From young age, he longed to be a professional football goalkeeper. He therefore always had a clear choice of schools – a sports grammar school in Banská Bystrica and later the Faculty of Physical Education and Sport at Comenius University in Bratislava. Even before starting his studies, he thought strategically and did not want to rely only on his football talents. The Department of Sports Management aroused his interest in project management and digital, which he further discovered at the Faculty of Management in the field of international management.

After college, he started as an online project manager for digital projects in the SME daily (WE ARE Daily). Without receiving a red card, he decided to try advertising and joined MADE BY VACULIK as a Digital Account Manager for Tatra banka.

From the beginning, however, it was clear that he was strategically thinking of a different position, and after less than a year, he became a Digital Strategy Planner in our strategic department. The move to the position of Head of Digital was so far his last move to the goal. He currently trains the digital team and ensures the functioning of our clients’ campaigns in the online space.